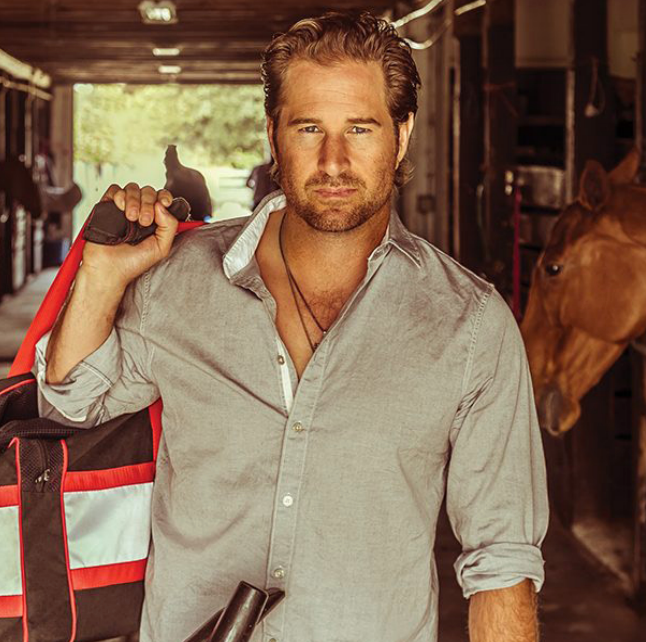 During his almost 20 years as a professional polo player and 5-goal handicap, Brandon Phillips has captured some of the sport’s most coveted trophies. However, even though he has realized his dream to play at the top of his sport of polo, it is not the biggest goal he has achieved. Surviving stage four lymphoma has been his greatest accomplishment.

Brandon has been riding horses since he was 18 months old and at 11 played his first match at the Toronto Polo Club, becoming the youngest player there at that time. Everything seemed to be falling into place for Brandon until the day he woke up with severe swelling and an aching pain in his right leg. Twenty-four hours later, he was diagnosed with non-Hodgkin’s lymphoma. Though Brandon’s parents did not tell him at the time, his doctor’s gave him six weeks to live. Brandon was 14 years old.

Brandon endured five grueling months of intensive chemotherapy sessions but never lost his spirit and never accepted death as an option. Brandon beat the odds and went into remission. Recovery meant returning to school and friends, but also an altered outlook that would change the course of his life forever. Those months spent in a hospital bed fighting for his life made Brandon realize how previous each moment is. Once he recovered, he made sure not to take anything for granted and was thankful for every new day. He vowed to dedicate his life to doing what he loved — playing polo. Since then, Brandon has established himself as one of the world’s most talented polo players.

Terrie Mooney has always been interested in sports. When Terrie moved to Florida after graduating from Michigan State University in 1993 with a degree in Communications, her sports career, which has spanned more than two decades, officially began.  Throughout her eight-year tenure with Executive Sports International, owned by Jack Nicklaus and led by Steve Nicklaus, Terrie held various positions with ESI, including serving as the pro-am coordinator of the Office Depot LPGA Tour.

In 2001, Terrie transitioned to the position of event manager for the Executive Women’s Golf Association prior to becoming the Director of Sponsorship at the International Polo Club Palm Beach from 2006 to 2016.While working at IPC, Terrie met polo player and childhood non-Hodgkin’s lymphoma survivor Brandon Phillips. Together, they formed Polo for a Purpose as a means to give back to the community and support the Leukemia & Lymphoma Society.  Terrie joined the LLS as Campaign Director for Light the Night, an annual LLS fundraiser, in 2016.

In 2018, Terrie and Brandon joined together once again to form Polo for Life, Inc., a nonprofit organization dedicated to raising funds to support pediatric patients and their families during and after cancer treatment.

ABOUT POLO FOR LIFE

Polo For Life is a 501(c)(3).
Your donation is ta-deductible within
the guidelines of the U.S. law.